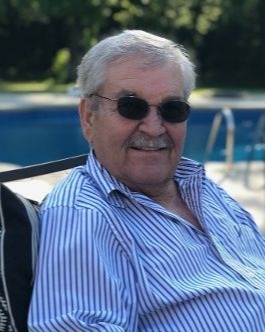 Talmadge Wayne Plant (aka “Wayney” to his grandchildren and many others) passed away peacefully on October 19, 2022, surrounded by his family. He was born on August 8, 1946, in Denver, Tennessee, to Joe and Irene Plant. He was one of 15 children.

He was recently preceded in death by his precious grandson, Jordan Hale, who he has now joined in Heaven. He is also preceded by the passing of his parents, brothers Phil and Jodie, and sister Rachel Ring.

Wayne was a retired Ironworker with Local 492. He most recently attended Waverly Church of the Nazarene. Wayne never met a stranger and went out of his way to make you feel welcome and put a smile on everyone’s face. Up until his illness, Wayne was an avid raccoon hunter and dog trainer.

His favorite occupation was being a grandfather.

Wayne leaves behind his daughters, Jackie Boswell (Keith) and Jan Nelson, who were the loves of his life. He is also survived by his grandchildren, whom he cherished: Brooke Cole (Lauren), Mark Cole, Jake Hale, Bailey Nelson, Jaxon Boswell, and step-grandson Nathan Boswell, niece, Amanda Lowe (Matt), and their daughter, Maggie

He loved his numerous nieces and nephews dearly.

Graveside visitation for Wayne Plant will be Friday, October 28, 2022, from 1:00 p.m. until graveside service time at 2:30 p.m., at Plant Box Cemetery in New Johnsonville, TN. Pastor Daron Brown and Jeff Ring will be officiating. Interment will follow.