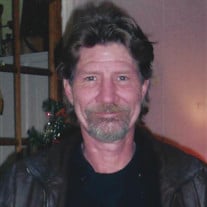 Mr. Keith Neely, age: 56 Of: Waverly, TN Died: Wednesday, September 23, 2020 after a long illness at Alive Hospice in Nashville, TN. He was born January 21, 1964 in Dickson, TN and was the beloved son of John and Judy Sujdak of Waverly and the late Jim Neely of Salisbury, NC. He attended Waverly Central High School until transferring to South Rowan High School in China Grove, NC where he graduated in 1982. Keith spent his life between Waverly and Salisbury, NC. He really enjoyed the outdoors, swimming, hunting, driving a four-wheeler, hunting for arrowheads and artifacts, and hanging at the beach in North Carolina. During his working life, Keith was Production Manager at NECO, Inc. in Salisbury, NC, and a Machinist at Lane Punch in Salisbury. When he returned to Tennessee, he worked in the construction industry as a carpenter and electrician, and the last 15 years in landscaping. Keith loved the Lord, his extended family and a great host of friends. He was fierce, loyal and always gave a helping hand to friends and strangers alike. His presence will be sorely missed by all who knew and loved him. To honor Keith, the family is asking those who wish to, write down their favorite memory of Keith and give them to John and Judy, or mail them, to be shared with all his loved ones. Due to the current pandemic and health concerns the family has elected to have a Walk-Through Visitation on Monday, September 28th from 11:00 a.m. – 1:00 p.m. at Humphreys County Funeral Home. Everyone in attendance is required to wear a mask. Private Funeral Services for Keith Neely will be conducted at Humphreys County Funeral Home with Rev. Chris O’Guin officiating. Interment will be held in Johnson Family Cemetery. Survivors: Beloved Parents: John and Judy Sujdak of Waverly, TN Daughter: Delila Neely of Dickson, TN Grandson: Izak Mathis Sisters: Missy Neely of Hermitage, TN Gina Jacobs of Charlotte, NC Pamela Lahaye of Virginia Beach, VA Brothers: Damon Neely of Miami, FL Tommy Triplett of Waverly, TN Clay Neely of Salisbury, NC Uncle: Rev. Chris O’Guin (Crystal) of China Grove, NC Devoted Cousin: Deborah Bowman (Rick) of Salisbury, Nc Special Aunts: Maggie Stewart of Waverly, TN Jeanette Kesinger of Salisbury, NC Ex-Wife & Friend: Jennifer Petty Logan of White Bluff, TN Several Cousins, Nieces, Nephews & Extended Family Preceded in death by: Father: Jim Neely Brother: Fred Neely Grandparents, whom he loved dearly: Fred and Elizabeth Neely; and Garland and Earline O’Guin Arrangements by Humphreys County Funeral Home (931) 296-5955

Mr. Keith Neely, age: 56 Of: Waverly, TN Died: Wednesday, September 23, 2020 after a long illness at Alive Hospice in Nashville, TN. He was born January 21, 1964 in Dickson, TN and was the beloved son of John and Judy Sujdak of Waverly... View Obituary & Service Information

The family of Keith Neely created this Life Tributes page to make it easy to share your memories.

Send flowers to the Neely family.