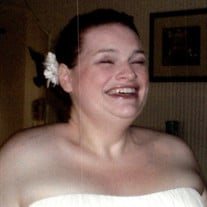 On Thursday, August 27, 2020 Jennifer Lynn Baily Davis of Greenville, KY was reunited with her father and her grandparents at the age of 44. She was born December 10, 1975 in Marshalltown, IA, and was a 1994 graduate of BCLUW High School. She then attended the University of Iowa and latter graduated for Kirkwood Community college in 2001, with a degree in nursing. Jenny worked in the PICU at UIHC, and then at Vanderbilt University Hospital in Nashville, TN. Her years as a PICU nurse were close to her heart and touched her life in ways that could not be measured. On May 26, 2012, she married the love of her life, Dylan Wayne Davis, and later that year welcomed their daughter, Clara Leigh Davis to their adventure, along with her stepsons Bradley and Jacob, whom she adored. The world has utterly lost a bright, loving, kind, generous light, as well as an example of the best in humanity. She listened without judgement and had a heart of gold (and glitter) with the best of intentions. Jenny always put others first, intentionally including people, and ensuring that everyone felt heard and loved. She was an adventure seeker who loved instigating shenanigans and looked for the beauty in everything. She was a lover of the Chicago Cubs, of all animals and living things, rescuing critters and people alike. She brought her wicked sense of humor to every situation, to say that she will be missed is an understatement. She is survived by her husband, Dylan Davis and their children: Bradley(Chelsea), Jacob, and Clara Davis of Greenville, Ky. Mother, Patricia Lynn Daniel Baily, of Old Hickory, TN. Sister Amy (Ray) Petty, and nephews Logan and Grayson Petty of Dickson, TN. Brother Jason (Jayme) Baily, and nieces Raelynn, Brielle, Addison, and Fiona Baily of Ocala, FL. Adopted sister Jenn (Dave) Smith and, niece Brady Smith of Liscomb, IA. Grandmother Elaine Daniel of Gladbrook, IA. Numerous Aunts, Uncles, and Cousins whom she loved fiercely. She was preceded in death by her father; Jerry Lee Bailey, Grandfather Dean Daniel, Grandparents Helen and Ellis Baily, Great Grandparents Marvin and Mildred Daniel, Honorary Stepfather Ronnie Baker. “I am a work in progress. My goal is to be the light in the darkness for as many as I can” - Jennifer Baily Davis

On Thursday, August 27, 2020 Jennifer Lynn Baily Davis of Greenville, KY was reunited with her father and her grandparents at the age of 44. She was born December 10, 1975 in Marshalltown, IA, and was a 1994 graduate of BCLUW High School. She... View Obituary & Service Information

The family of Jennifer Lynn Baily Davis created this Life Tributes page to make it easy to share your memories.