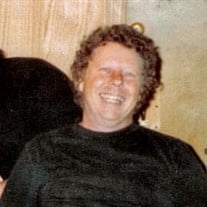 Douglas “Doug” Alan Priebe passed away October 3, 2020 at his home in Dickson, TN. Born August 25, 1952, Doug grew up in Denver, Colorado. As one of five children, family remained a major part of his life. He loved his siblings, nieces, and nephews greatly. He spent time in California, and eventually made his home in Tennessee, where he enjoyed the last twenty years. His lifelong love of music was unending. He was a very talented guitarist, performing across the country for decades, and recording several successful albums throughout his career. As someone who played many years of baseball in his youth, sports were another centerpiece of Doug’s life. He was an avid fan of the Denver Broncos, and the Colorado Rockies. Never a man of few words, he could talk to anyone about anything. No matter the subject, he held a captive audience. Doug is preceded in death by his parents Louis and Judith Fife. He leaves to cherish his memory his siblings Judith Wilson of Athens, GA, John Priebe of Louisville, CO, Lou Ann Marler of Grand Junction, CO, Barbara Rundle of Grand Junction, CO, as well as many nieces and nephews. In addition to his family, Doug is remembered fondly by lifelong friends, whose children and grandchildren knew him as “Uncle Doug”. A private ceremony will be held by family in Colorado. Friends in Tennessee will share songs and stories of him later this month.

The family of Douglas "Doug" Alan Priebe created this Life Tributes page to make it easy to share your memories.

Send flowers to the Priebe family.