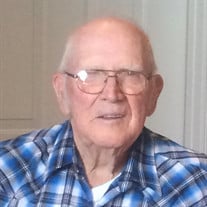 Retired SMSGT Albert Wilburn "Pete" Draper entered Heaven on Saturday, September 18, 2021, at the age of 87 with his wife and family at his side. He was born in Manchester, Texas on October 31, 1933 to Floyd and Elizabeth Draper. He was preceded in death by his parents, niece, Tamara Draper and her children, Jordan and Tashana, and nephew, Chirstopher Draper. Pete is survived by his wife Ann whom he was married to for 64 years. He is also survived by his daughters Dianna (Lloyd) Perry, Melinda Draper, Cindy Draper, and Jennifer Lynn (Darrin) Christy. He leaves his God given children Tammy Morgan, Jimmy (Bethany) Morgan , Shaun (Alisha) Morgan, and Rebekah Morgan. He is survived by his brother Bennie (Sharon) Draper and grandchildren: Sarah Powell, Franklin Perry, Nicole Murphy, Caleb and Hannah Christy, Skyla and Sierra Morgan, Will and Baylie Secker, Karalee Morgan, Taylor Rich, Madison and Morgan Welcher. Great children: Crissa Fields, Gavin and Austin Powell, Will Murphy, Lincoln and Lynnon Rich, Holden Morgan, and Memphis Loggins. He also leaves great-great grandchildren Jeremiah Fields and Kinslee Powell. His legacy of loving God and loving people will be carried on by each family member because of the example he instilled in them. Pete loved God, his family, and his country. He served his country in the United States Air Force for 29 years with gladness and bravery. He fought in the Korean War and Vietnam War. Pete was awarded the Meritorious Service Medal, the Expeditionary Service Medal, and was the recipient of the Bronze Star. During his Air Force career, he graduated from Texas A & M. He was a member of the Masonic Lodge for 52 years and was honored for his 50 year service in 2019 . He was a member of Faith Baptist Church in Vanleer and enjoyed Bible Study. He had a servant's heart and was involved in various charitable organizations throughout Dickson County. At the time of his death, he was still the active treasurer of the Cumberland Furnace Community Center, a position he held for many years. The family invites you to share memories with them at Pete's visitation on Wednesday, September 22nd, at Spann Funeral Home from 4:00-8:00 pm. A Masonic service will be held at 7:00. There will also be visitation on Thursday, September 23rd, from 10:00-2:00 with the funeral to follow at 2:00 pm. Bro. Jerry Jenkins will be officiating the service. Pete will be laid to rest at the Cumberland Furnace Cemetery on HWY 48 with full Military Honors.

Retired SMSGT Albert Wilburn "Pete" Draper entered Heaven on Saturday, September 18, 2021, at the age of 87 with his wife and family at his side. He was born in Manchester, Texas on October 31, 1933 to Floyd and Elizabeth Draper. He was preceded... View Obituary & Service Information

The family of Albert Wilburn "Pete" Draper created this Life Tributes page to make it easy to share your memories.

Send flowers to the Draper family.