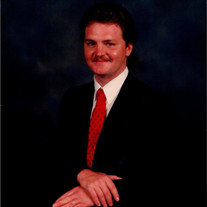 Joseph A. Reeves Age: 58 Of: Dickson, TN Died: Saturday, August 21, 2021, at Three Rivers Hospital in Waverly, TN He loved hunting, fishing & coin collecting. He was a very proud army veteran. He loved and was very devoted to his family... View Obituary & Service Information

The family of Joseph A Reeves created this Life Tributes page to make it easy to share your memories.

Send flowers to the Reeves family.