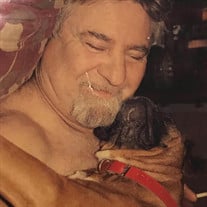 Howard Wayne Reaves Age: 60 Of: Bon Aqua, TN Died: Tuesday, January 19, 2021 at his residence. He was born in Georgiana, AL on August 23, 1960. Arrangements are pending The family suggests that everyone in attendance do their best to... View Obituary & Service Information

The family of Howard Wayne Reaves created this Life Tributes page to make it easy to share your memories.

Send flowers to the Reaves family.