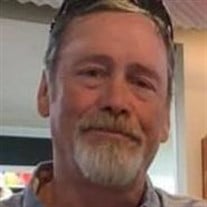 Earl Wayne Byrum Age: 56 Of: Burns, TN Died: at Horizon Medical Center in Dickson on Sunday, June 20, 2021. Mr. Byrum was born September 26, 1964, in Nashville, TN. He loved to fish, play cards, grill, but most of all spend time with... View Obituary & Service Information

The family of Earl Wayne Byrum created this Life Tributes page to make it easy to share your memories.

Send flowers to the Byrum family.