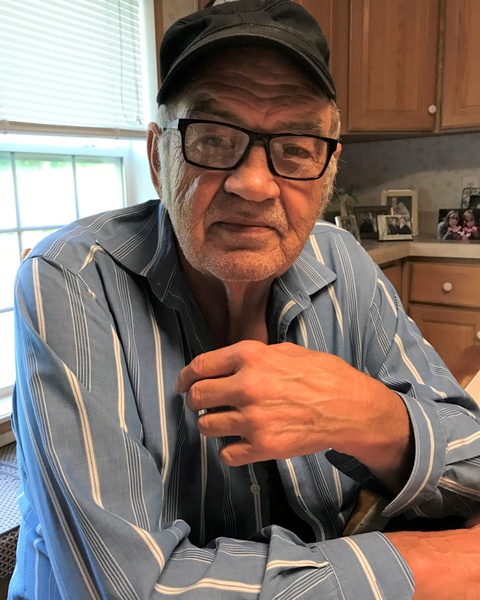 William Kenneth Maynard (Ken) Age: 84 Of Bon Aqua, TN passed away peacefully on Wednesday, October 5, 2022. He was born February 5, 1938, in Baxter, TN to Shirley and Oma Maynard.  He graduated from Baxter Seminary School where he was captain of the football team and president of the B-Letter Club.  While there he received the National Athletic Scholarship award.

After he graduated, he enlisted in the United States Marine Corps and married his sweetheart, Betty Royce Neal.  During his enlistment Ken received two good conduct medals, two sharpshooter rifleman medals and achieved the level of Corporal E-5.

After serving in the Marines, he went on to work for Ford Glass Plant for 41 1/2 years before he retired in 2003. His biggest dream in life was to own a timber farm and to start a sawmill business. He achieved his dream in 1989 and went into business with his son, Neal. He and Betty attended Charlotte Fagan Community Church where they enjoyed fellowship with so many friends through the years.  He loved the Lord and had a goal of reading through the whole Bible after retirement and he achieved this goal four times over. He was a wonderful husband, a loving father, proud grandfather, and great grandfather who wanted nothing except for all his family to do well.  His favorite place was sitting on the back porch with Betty watching nature and enjoying being at home.  He was the strong foundation our family stood on, the shield against the worries of the world.  We can't imagine life without him. He will always be missed.

Funeral Service: for Mr. William Kenneth Maynard will be conducted at 12:00 pm Monday, October 10 from the Chapel of Spann Funeral Home

Memorial donations can be made to Charlotte Fagan Community Church