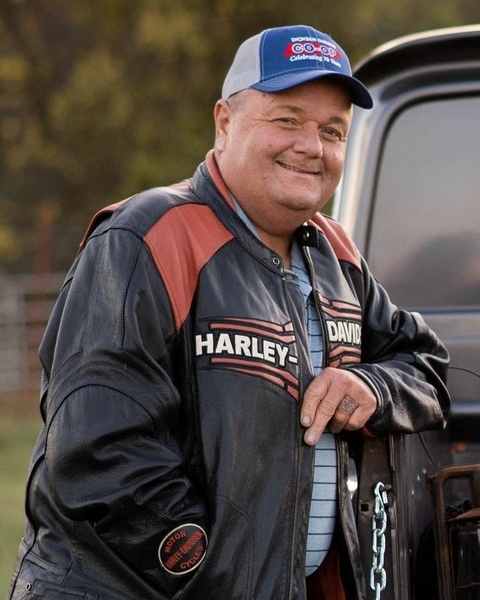 Michael Charles “Hip” Ingram, Age 52, of Charlotte, Tennessee passed away October 4, 2022, at his home in Charlotte, after a long and courageous battle with leukemia.  Michael was born October 19, 1969, in Dickson, Tennessee to Billy & Faye Ingram.  He was a member of Rock Springs Free Will Baptist Church, where he served as Trustee.  Working alongside his father-in-law, Kenneth, Michael raised tobacco and cattle on the farm. When he wasn’t farming, he loved spending his time with his wife and kids and riding his Harley.

Funeral Service: for Mr. Michael “Hip” Ingram will be conducted at 2:00 pm Saturday, October 8 in the Chapel of Spann Funeral Home with Doctor Danny Dwyer officiating.

In lieu of flowers, memorial donations can be made to St. Jude’s Children’s Research Hospital