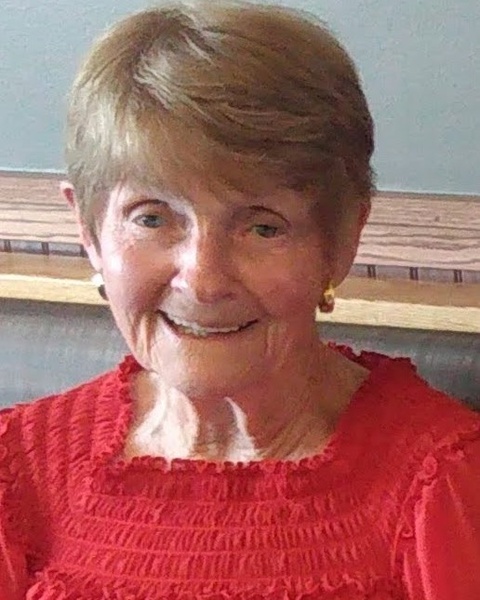 Mary grew up on a farm outside of Sioux Falls. She was involved with the Sioux Valley 4-H club from age 10 until high school. She showed Holstein dairy calves and garden produce. She loved swinging, singing, and playing outside. She was an avid follower of Queen Elizabeth II often commenting on her English heritage (and Irish and Welsh and Norwegian). She loved history, research, and genealogy. She spent many hours working on family history and organizing family reunions.

Mary attended Whipple District 88, a one- room country school, until the eighth grade. She graduated from Washington High School in Sioux Falls in 1956. In 1960, she graduated from Augustana College with a double major in History and Spanish and a Secondary Educational Endorsement.  Mary began her career teaching Elementary, Junior High, and High School students Spanish in Luverne, Minnesota where she developed the Spanish Language Program.  Mary went on to teach at several schools in Sioux Falls, including Washington High School, O’Gorman High School, National College, and Lincoln High School. Although she never intended to be a librarian, in 1972, Mary accepted the position as head librarian at O’Gorman High School where she taught for the next eighteen years.  After the death of her husband, Donald, in 1980, Mary returned to graduate school and earned her Master’s Degree in Library Media. She retired in 2000 from Lincoln High School where she was the librarian from 1991-2000.  Following retirement, Mary moved to Dickson, Tennessee and began her new adventure as Grandma. She was involved with her church (St. John Lutheran) serving on the Board of Education, teaching, active in Bible studies, women’s groups and establishing a resource library. She loved God, teaching, and serving others.

On June 29th 1963, Mary married her farm boy neighbor, Donald Osthus, at East Side Lutheran Church in Sioux Falls, South Dakota. They bought a farm and built a home near Worthing, South Dakota where they raised their two daughters Martha and Ruth. She joined First Lutheran Church in Sioux Falls after marrying Donald. There she was active in the Birthday Club, women’s groups, teaching, church bazaar, and library administration.

THOUGHTS FOR MY FAMILY AND FRIENDS

“I Love You to Pieces”

KEEP GOD FIRST IN YOUR LIVES

Watch the sunrise and sunset

See the magical changing of colors in the Fall

Marvel at the blue on the Eastern Bluebird

As a Northerner – marvel at the pansies in the South in the winter—they bloom in snow and chilly weather.

TAKE TIME EACH DAY FOR JOY AND HAPPINESS:

Cherish grandchildren and amazing things they say and do

Cherish friends made in all stages of your life

HAPPINESS IS INWARD NOT OUTWARD; AND SO, IT DOES NOT DEPEND ON WHAT WE HAVE, BUT ON WHAT WE ARE. (Henry VanDyke)

Weeping may tarry for the night, but joy comes in the morning