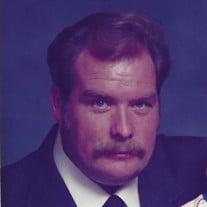 Mr. James A. Hooper, age: 70 Of: Ardmore, TN formerly of McEwen, TN Died: Saturday, December 26, 2020 at his home in Ardmore. He was born February 16, 1950 in Union City, TN. Mr. Hooper attended Open Bible Assembly while living in McEwen and then Union Hill Baptist Church when he moved to Ardmore. He served in the United States Army during Vietnam and was a member of the VFW. When he was able, Mr. Hooper would participate in the Run for the Wall Memorial Day Ride. Visitation will be held from 4:00 – 8:00pm Monday, December 28th and from 10:00am until service time Tuesday, December 29th at Humphreys County Funeral Home. Funeral Services for Mr. Hooper will be conducted at 11:00am Tuesday, December 29, 2020 in the Humphreys County Funeral Home Chapel with Pastor Donnie Hillis officiating. Interment will follow in Wheeler Town Cemetery with Military Honors. *Everyone who plans on attending the visitation and/or funeral service is asked to please wear a mask and practice social distancing. Also, temperatures will be taken prior to entry. For those who are unable to attend, the funeral service will be live streamed on our website and Facebook page. Survivors: Wife: Linda Kee Hooper of Ardmore, TN Son: Thomas James Hooper of Ardmore, TN Brothers: Steve Hooper (Sue) of Michigan Mike Hooper (Jeanie) of Littleton, AL Joey Hooper of Michigan Sisters: Diane Hargrove of McEwen, TN Odessa Hooper of Michigan Several Nieces and Nephews Preceded in death by: Parents: Thomas Harrison Hooper and Jean Wheeler Hooper Brother: Windfred Hooper Arrangements by Humphreys County Funeral Home (931) 296-5955
To order memorial trees in memory of James A. Hooper, please visit our tree store.