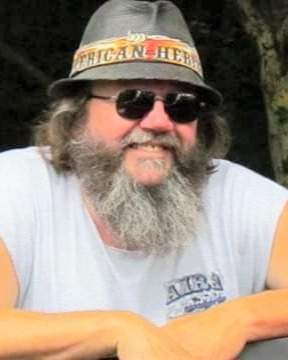 Born April 6, 1959, he was the son of Guy Adams and Jessie Ray Story Christy. Gary retired after 40 years from A.O. Smith in Ashland City and was a member of the Dickson Moose Lodge.  He lived life through simple pleasures; motorcycle rides, “Wednesday Movie Night” with friends, fishing, and camping with wife.

Gary is described by most of his friends and family as a quiet gentle soul with a heart of gold. The one to always stand at the back of the crowd so as not to raise attention to himself. But he did stand out! With his never-ending grin, quiet chuckles and hugs that would make you feel like you were the most important person in the world, he was loved and admired by everyone who had the pleasure of meeting him. He will be sorely missed but NEVER forgotten.

His wishes were to be cremated.

Graveside Services: Will be planned at a later dated.

Preceded in Death by:

In lieu of flowers, memorial donations may be made to his funeral funds or to St. Jude Children’s Research Hospital.

“As long as we live, you will live.

As long as we live, you will be remembered.

As long as we live, you will be loved.”

You will forever be in our hearts.